Son of Chi returns to Astral Industries, alongside Spanish artist Clara Brea, for the collaborative release of AI-29. A product of fate, chance experiments, but most of all, sensitive artistry – ’The Wetland Remixes’ exists as a confluence of two kindred musical spirits, a wayfaring epic that draws together a rich archive of ecological field recordings, live instrumentation and higher inspirations.

Ahead of Hanyo’s concert at ‘Avalovara listening club’ (Madrid) at the end of 2019, the curators (Diskoan & Josephine’ Soundscapes) organised a special dinner and arranged the meeting of Clara and Hanyo. As Hanyo recalls, “It was like stereochemistry. There was an instant match and understanding, and basically we decided in a split second to exchange recordings and to collaborate on future live and studio experiments.”

The auspicious meeting of the two ignited a remote exchange of materials and ideas, as the world descended into a series of pandemic-related lockdowns. The first of said recordings included the stems of Clara’s ‘Wetland Project’ – a site-specific audiovisual project originally produced for Eufonic Festival (Spain), using field recordings from the Ebro Delta nature reserve (one of the most threatened regions of climate change on the Iberian peninsula).

From this initial impetus, Hanyo began working on the first sketches of the album back in Rotterdam, Netherlands. Just like their meeting in Madrid, the project developed naturally and spontaneously with extraordinary ease. Later, Hanyo started adding field recordings from the Magic Cave and Wetlands of the ‘Kallikatsou’ (Patmos, Greece) as well as organic and acoustic overdubs, featuring bass, drums, percussion, guitars, oud, piano, hammond organ, wurlitzer, flutes, bells, and mouth harp.

In the distance, the sound of birds peak through the effervescent wash of the wetland soundscapes. The pass of running water flows deeper into a land full of secrets never told. On the strike of dusk, the silhouettes of shapely trunks and foliage melt slowly into the impenetrable darkness. As darkness passes, light emerges, with exquisite moments of tranquility that seemingly emerge from nothingness.

Beneath the shimmering veneer of textures, wildlife and melodies, one may hear the deeper references of ’The Wetland Remixes’. With credit to Clara’s input, for Hanyo the album process became a kind of refuge, and ultimately inspired the return to the core of Abstract Sound – what the Sufis call “Saut-i Sarmad.” Such references allude to the spiritual quality embedded in the music – the autonomous process of self-expression, the great mystery. Hanyo: “An ambience like this cannot be created by routine. There is no blueprint. The music has to find you. It’s like a blessing if it happens. You should not interfere, just observe and be impressed…” 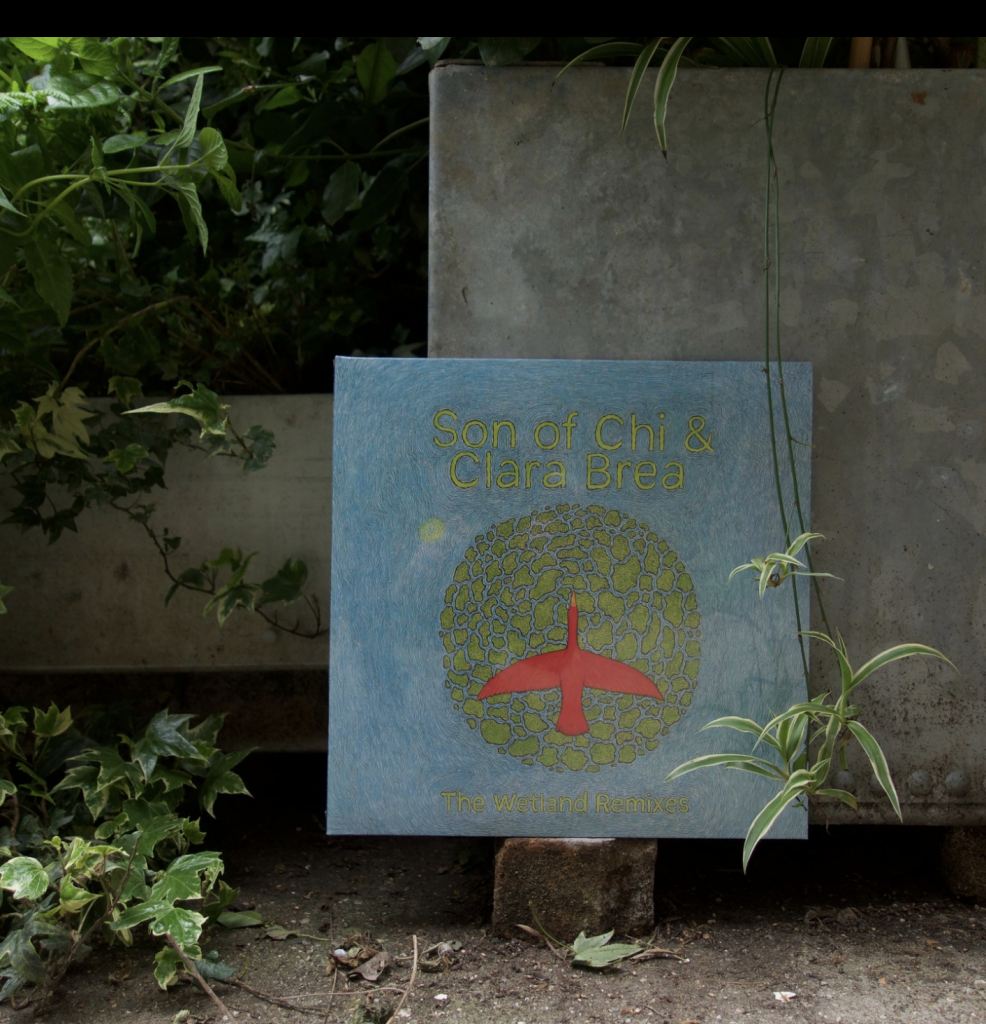 Clara Brea – Water itself is not a conductor. Wetland (Autoeditado, 2020)

Clara Brea brings us this piece as a sonic epilogue to the En Pausa Festival. Brea is an electronic musician and sound artist with a focus on field recordings, for this occasion she registered, through a microphone system what happened during the on-site concerts of the event held in April. After a particular process and manipulation of the recorded material, she offers us an hour-long piece with which we can relive the sensations of that journey.

The festival was articulated around reflection, dissidence and connection through listening, all these concepts are represented in Clara’s ‘Resonant Memory’ since we can recognize excerpts of the performances and also the sound environments that surrounded us during those days: The synthesis of Ylia and Jonathan Fitoussi on Friday in the courtyard, the clarinet concert and talk by Paweł Szamburski on the terrace on Saturday morning and the Menhir and Mecánica Clásica concerts that took place that evening to put an end to the on-site event and this piece itself accordingly.

The different techniques used by Clara to capture the event including contact microphones attached on glass windows and pipes or 360 microphones, already give the captured material its own entity, and after the post-production processes she made through sampling, effects, filtering, and mixing, we are left with a piece that transcends mere documentation and takes us into the sound universe of one of the most original creators on the local scene.

En Pausa, reflecting, dissenting and connecting through listening, curated by a_mal_gam_a, was held on April 16th and 17th, 2021 at La Casa Encendida and virtually on Sunday 18th through the online radio platform 9128.live.

Featured on Juanjo Palacios‘s Mapa Sonoru , A collaborative project for the conservation and diffusion of the soundscape of Asturias.

Info about the event (in Spanish):

“Wetland” started as a site specific audio visual Performance for Eufonic Festival. Most of it was composed in the Ebro Delta (a nature reserve that’s one of the most climate change threatened environments in the Iberian Peninsula) on September 2019.

Since then it’s been performed live in different venues and it has evolved to become an hour long audio visual piece, and an Album.

RuidoVírico is an Online Streaming Show devoted to sound art, ambient, electronica and field recordings broadcasting every weekend a selection of concerts done from home, private studios and workshops and held by artists, musicians, performers and improvisers. Every Sunday at 4pm CET.

Info about the event (in Spanish):